I was traveling with a low cost airline a few weeks ago in a late evening flight.

The aircraft was almost packed with the exception of the two front rows. Those are the “special seats” and customers need to pay extra money to sit (low cost version of business class).

Ready to open my tablet to read a book, I noticed that in the row in front of mine there was a nice family: a man, a woman and an under ten years old young lady. The man was holding another member of the family: a few months baby. She was a chubby beautiful baby girl.

As the engine started running, the baby burst into tears. I noticed that is quite typical for the little ones to do that on the take off. Her father was doing his best cradling her with his hands to keep her quite. However, the closer we were getting to take off, the louder the baby was crying.

The aircraft took off. The man’s wife asked for the baby. The swap didn’t produce any benefit. Every attempt seemed useless. Baby couldn’t stop crying.

Some passengers around started looking bothered. The man turned around him and apologized to all of them.

Then he called for the cabin supervisor and asked to seat in the first rows of the airplane. He said: “It will calm her down and will not bother many passengers”

The supervisor answered him in a cold distant tone: “That it’s impossible sir: those seats are reserved for excellence passengers. I could check if there is another seat available somewhere…»

“If i sit there for a few minutes, the baby would calm down. It would not change the situation at all if I seat next to any other passenger, the baby would just bother different ones. ” replied the man.

“Than you have to stay here sir” said the supervisor walking away without even looking at the men in the eyes.

Baby was crying even louder and emotions taking off. The man could not hold any longer. Passed through the supervisor and went straight to the “forbidden excellence seats”.

It didn’t take more than 10 minutes for the baby to calm down. Exactly the same time it took to the cabin supervisor to fill a document and notify to the man that the police would wait for him outside the airplane as they would land. “Insubordination against a public official”. When the supervisor gave the news, the man and the baby were already sitting back in their original seats.

The airplane landed after midnight and it took another half an hour to reach to the terminal.

Getting off the plane I saw two policemen holding the man at the terminal finger. The man was explaining what happened, hoping that policemen had more sensitivity than the cabin crew.

I looked at the face of the diligent airline supervisor. He seemed so proud of what he had done. He had respected company procedures. Probably his bosses would strongly support his decision. Who knows? He might even get a promotion for his impeccable behavior.

Outside the finger, in a desert terminal there were a woman, a little girl and a few months baby looking tired and abandoned. How long would it take until they would get home?

On my way back home, I self reflected on what criteria companies adopt to promote people. What sensitivity level needs to show a flight attendant to be promoted supervisor? I am not saying that procedures are not important (especially safety ones). However, the ability of a manager (and a supervisor) is to understand when to stick to procedures and when to apply an exception based on emotional intelligence. Empathy is something that could have been applied in this situation in several different ways. Offering support instead of mentioning protocol, seeking for alternatives.

Does business need to focus only on procedures or still empathy should be fostered by the organizations as key competence for managers?

If we want to create outstanding customer service or we just want to create loyalty in our team, emotional intelligence plays a key role. Let’s not forget about it when we hire a new manager.

By the way, I sent a feedback to that airline about the supervisor behaviour and never heard back. Probably he really got promoted after all. 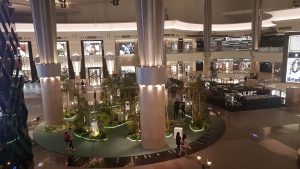 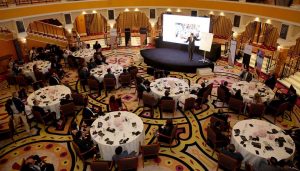 abril 6, 2020
PrevPreviousRenato Mosca voted one of best invited professors at International University of Monaco
NextWhy Paris attack will have a further negative impact on luxury industryNext

abril 7, 2020
We use cookies to ensure that we give you the best experience on our website. If you continue to use this site we will assume that you are happy with it.OkRead more